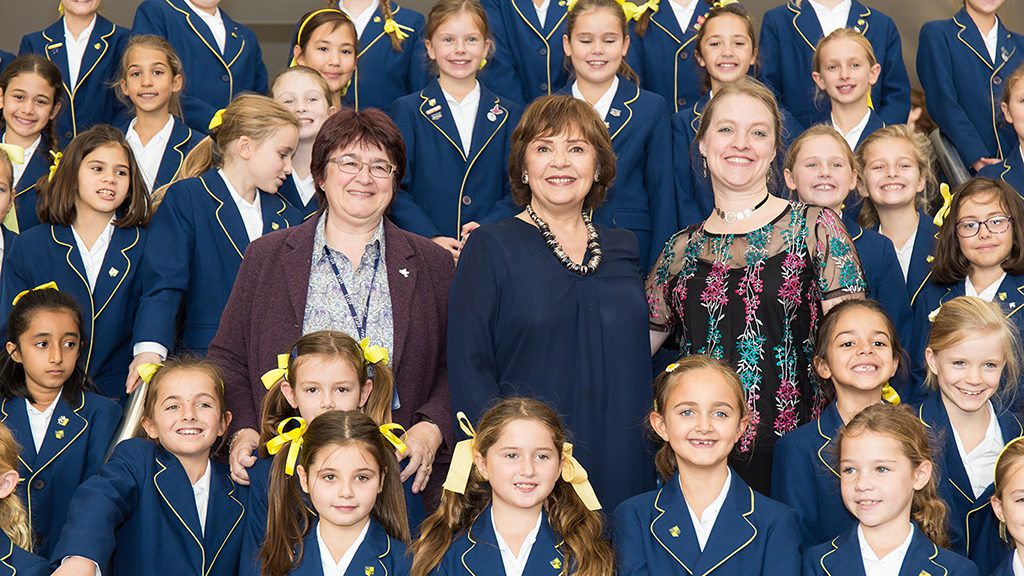 From a lively opening featuring Eurovision winner Dana, to a solemn ending – when former special envoy to the Archbishop of Canterbury, Terry Waite, spoke of his five years’ imprisonment – the Christian Resources Exhibition’s return to (CRE) Sandown Park, Surrey, ‘touched all the emotions.’

A total of 4,061 people (excluding exhibitors and their staff) visited the show during its three days and some 200 exhibitors were so enthusiastic that more than 30 have already booked stands for next year.

CRE’s new owner, Steve Goddard, had been its public relations consultant for many years. He and his wife Allison took ownership of the event late last year. They appointed Brett Pitchfork, who had managed the exhibition in the early 2000s, as event director. Based in St Helens on Merseyside, Steve was delighted with response to the first CRE under his control.

‘Many local church leaders, lay and ordained, rely on it for fresh ideas for ministry, mission and maintenance,’ he said. ‘Taking the event back to Sandown Park, after two years at ExCeL in London, proved an emotional homecoming.’

Some 200 exhibitors displayed everything from pulpits to puppets, sound systems to stained glass, charities to children’s work. A 55-strong choir from Notre Dame School in nearby Cobham (pictured) sang a reworded version of Dana’s Eurovision-winning song, All Kinds of Everything, ending it with ‘for your church and you’. Visibly moved, Dana told the girls: ‘I am so glad you were not singing in Eurovision – I would have faced stiff competition!’

Terry Waite’s visit was made more emotional by the presence of 59-year-old Andrew Coleman, son of the late Canon John Coleman, whose freedom Terry had negotiated in Iran, prior to his own capture in the Lebanon.

‘It was wonderful to meet Terry again after all he did for my parents,’ said Mr Coleman.

While one in four of the visitors to CRE came from Surrey, and more than one in ten from London, others came from all over the UK including Cornwall and the Scottish Highlands. Three people travelled to Sandown Park from Japan. Most traditional denominations were represented on the visitors list with 43 per cent belonging to Anglican churches and 16 per cent to Baptist churches.

‘Response was so positive that we have re-booked Sandown Park for the same week in 2018,’ said Brett Pitchfork. ‘CRE will run for three days again, from Oct 16 to 18. We are also considering more regional exhibitions, too.’ 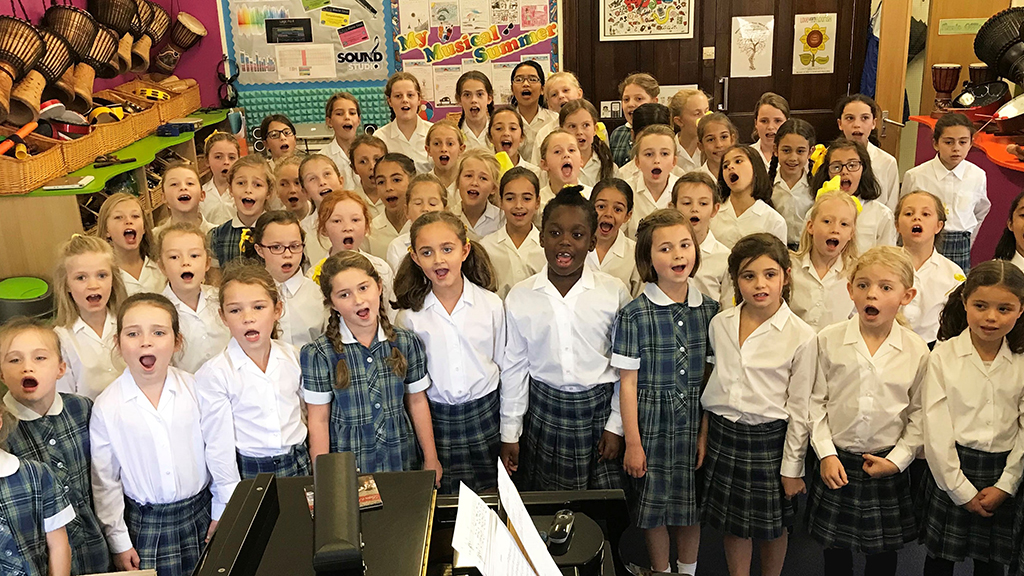 It will be Dana’s turn to be serenaded when Cobham’s Notre Dame School: Bordeaux and Lestonnac Choirs (pictured) sing a new version of her famous Eurovision-winning song ‘All Kinds of Everything’ at Sandown Park next week (9.45am, Tue 17 Oct).

The 50-strong, all-girls choir will be in full voice at the opening of the Christian Resources Exhibition. Their fun version of Dana’s most famous song will feature organisations, suppliers and charities at what is often dubbed the ‘ideal church show.’

‘The pupils are learning a whole new ecclesiastical vocabulary that includes “chasubles” and “thuribles” – all part of a well-rounded education!’ said exhibition owner Steve Goddard.

‘I am happy and honoured to cut the ribbon on this wonderful exhibition,’ said Dana, Ireland’s first winner of the Eurovision Song Contest. As an 18-year-old schoolgirl in 1970 she was the last of 12 performers to sing before an estimated viewing audience of 200 million.

‘It is a special pleasure to welcome Dana back to CRE,’ said Steve Goddard. ‘And I’m especially delighted she will be with us for all three days when she will sing, be interviewed about her distinguished career in music and politics and take part in Worship Alive, a special conference for musicians and sound technicians in local churches. She will also speak and sing at Notre Dame on Wednesday morning.’

Almost 200 organisations at CRE 2017 will display everything from pulpits to puppets, computers to clergy clothing. Some 40 seminars will cover a range of practical subjects like cyber security and sound systems.

Notre Dame School in Cobham is committed to offering an excellent all-round academic education for every individual, whether they be two or 18. With a rich 400 year history and an international living tradition, Notre Dame welcomes families of all faiths. We have a truly committed and dedicated staff, who encourage each child to achieve their full potential.

We aim to offer a holistic and personalised education, in a secure and stimulating environment where pupils are encouraged and challenged academically, socially, creatively and in sports, music and drama. Our students are encouraged to treat themselves and each other as valued individuals and to have a responsible and independent attitude towards work and society and contribute willingly to the wider community.

We are a school that offers a Christian education, so the principles of welcome, nurture and compassion are evident as you walk through the door. As a Catholic school we are distinctive in our care and love for each individual. This is part of our mission as a faith school where all are welcome, and this ethos stretches worldwide, seeking to bring stability and compassion into an uncertain world.

The Prep Music Department at Notre Dame School offers an inclusive, well rounded musical education which educates the whole child. Music is always a practical activity and all skills, knowledge and appreciation are learned through the musical activities of performing, composing and listening. Singing is a natural and fundamental activity accessible to all. Musical experience in the Prep School is both grounded and spiritual, both individual and communal, and both personally tailored and all embracing.

The Lestonnac and Bordeaux Choirs are part of our Junior Music department (ages 7 to 11) and regularly perform in school masses, concerts and services as well as in festivals, care homes and charity concerts. 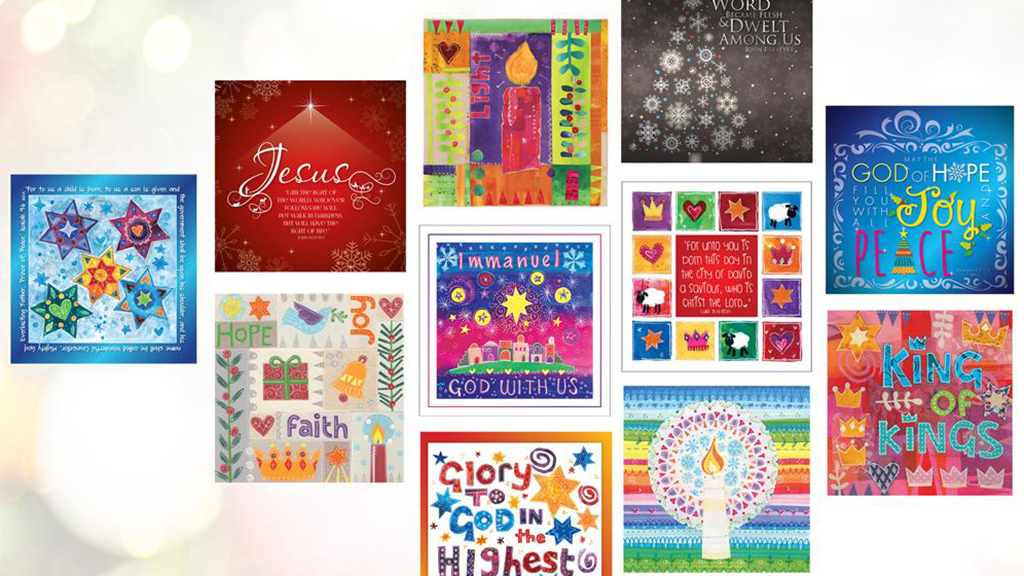 The Christmas card you give to the milkman, accountant, binman or school teacher needs to feature more than dancing penguins.

So says Anne Horrobin, director of CRE exhibitor Just Cards Direct. ‘Christmas is a time when we can share our faith more easily but for many of us, buying Christmas cards means a scramble for the last remaining pack of cards on the supermarket shelf.’

Just Cards Direct will be at CRE 2017 to present a range of cards expressing the true meaning of the season with a verse to encourage and prompt interest in the Christian faith.

‘Time and time again I hear people say how it’s becoming increasingly difficult to find Christmas cards on the high street reflecting the true meaning of Christmas,’ continues Anne. ‘We aim to provide cards that are impactful in both design and message.’

With matching coasters, mugs and magnets to accompany the designs there are gift sets available, too. 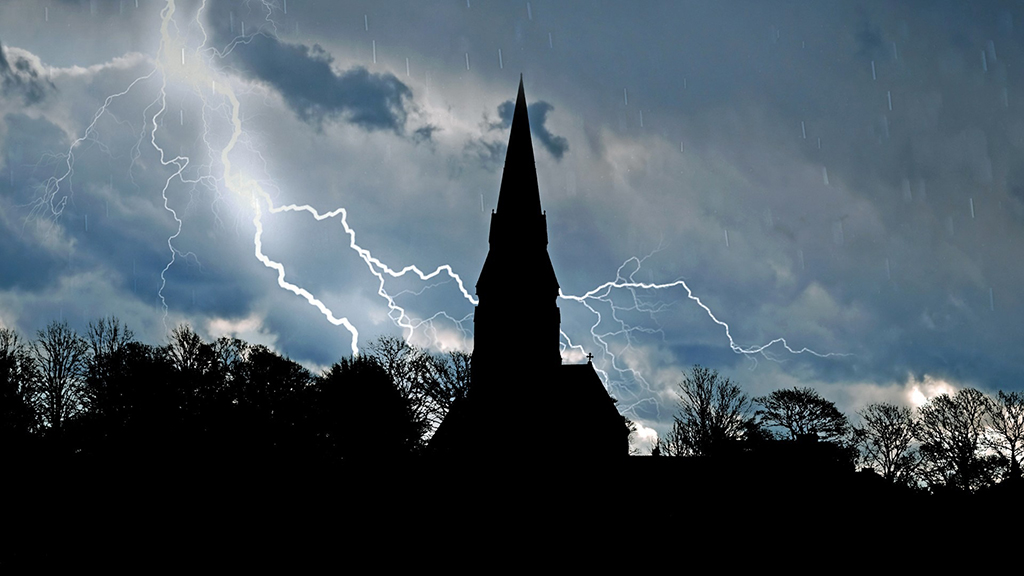 Acts of God: is your church sufficiently insured?

Could you church cope with the results of an ‘act of God’ – or being sued by a member of the general public?

‘Churches must consider risks each day and face up to the worst thing that could happen,’ maintains Emma Christian of Bridges Insurance Brokers, who have insured churches for more than 30 years.

In one case, a woman slipped over a sunken paving slab in a church car park, injuring her face.

‘She received over £13,000 in compensation,’ recalls Emma. ‘Thankfully, the church was covered sufficiently. The insurance provider paid out what would have been a significant amount for the church.’

Storm damage is another area that shouldn’t be neglected.

‘On one stormy day in December, high winds and rain completely destroyed the flat roof of another church,’ recalls Emma. ‘The roof needed to be replaced and water had come into the building. The total cost of the claim was almost £70,000.’

The leader of yet another church turned up to find a leaking water tank upstairs had caused water to soak through the ceiling into the floor below.

‘It was the end of August and no-one had visited the church for a few days,’ recounts Emma. ‘The insurers estimated the damage would cost in the region of £30,000 to repair. We never know what is around the corner but we can take steps to make these events less likely to happen.’ 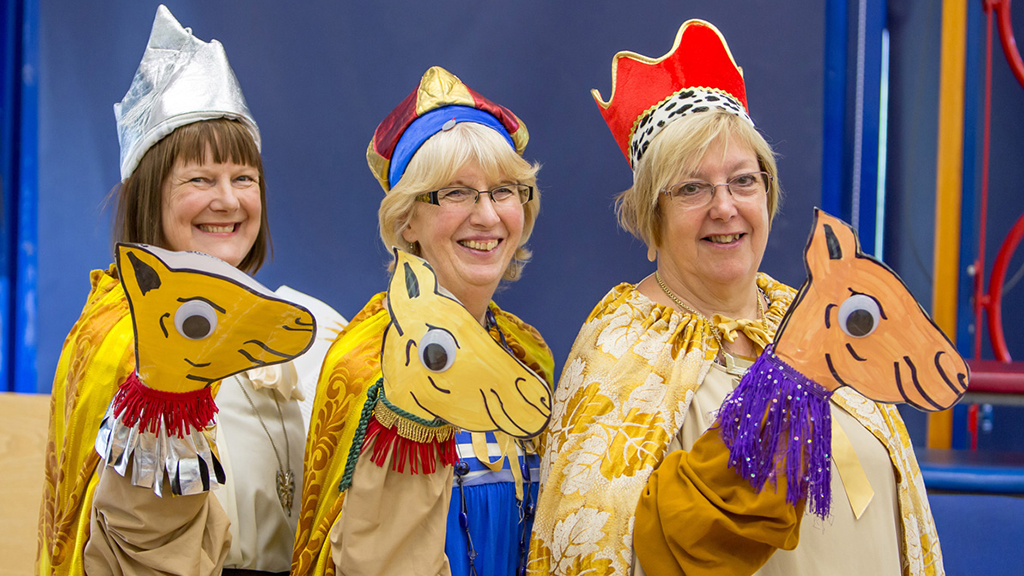 Open the Book: be part of the next chapter

More than 700,000 children are regularly hearing Bible stories at school – and you can become part of Open the Book’s next chapter at CRE 2017.

Using props and costumes to re-enact Bible stories during assemblies, some 14,800 volunteers from a variety of local churches currently access about 2600 primary schools. As a result, children are hearing Bible stories, many for the first time.

Major people and events are presented – Noah, Daniel and the life of Jesus, for example. The project comes at no charge to schools and often involves children and staff. Part of Bible Society, Open the Book’s vision is to bring the Bible to life to every child in every one of the 18,280 schools in England and Wales – reaching 4.5 million pupils.

As an independent charity in its infancy, the organisation took part in its first-ever CRE in 2012.

‘We had a smallish stand but were five deep in visitors for most of the day,’ recalls Val Ralston, Open the Book’s promotion and training officer. ‘My colleague and I were on the verge of losing our voices. Our chairman had to wave at us from afar!’

‘The exhibition provides a great platform to spread Bible storytelling into new parts of the country,’ explains Julie Jefferies, Open the Book’s development and training manager. ‘We meet storytellers, find out local news and receive helpful feedback. Good news travels fast and Open the Book is exactly the type of news people like to pass on. Consequently, the more people who take part, the more people they tell. It’s like passing on a tasty recipe – it’s easy to prepare, cooks quickly, tastes delicious and everyone likes it!’ 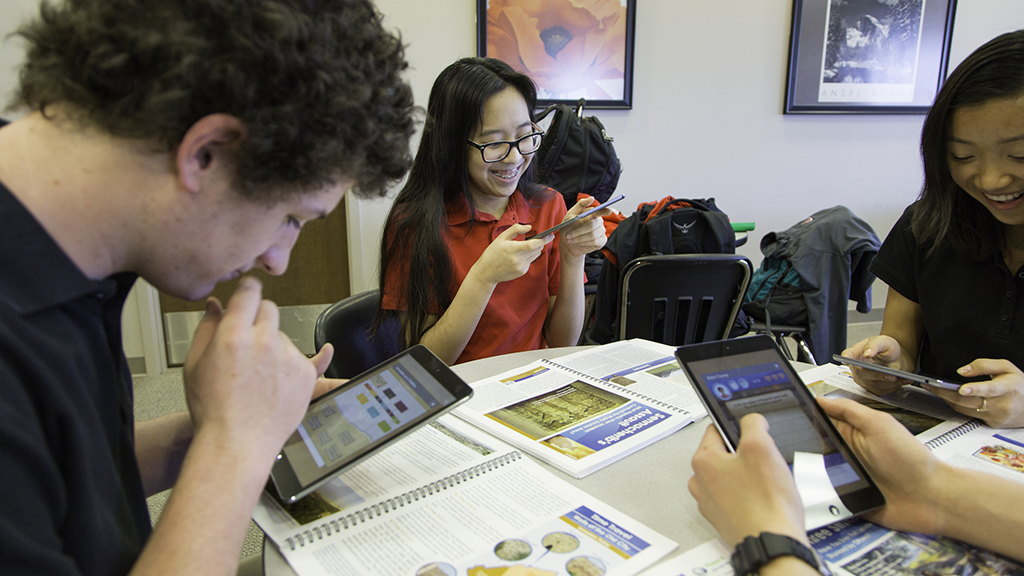 The Bible: cool on the curriculum

Bible stories bursting into life at a touch on the iPad – that’s what visitors can expect to see at next week’s CRE 2017.

‘A shift is vital in the way children and young people are taught,’ said Museum of the Bible’s Mark Markiewicz. ‘At a time when most two-year-olds can access information on smart phones and tablets, we need to totally re-think our methods of communication. I am delighted that Museum of the Bible is playing a significant part in re-shaping religious education in the 21st Century – and you can find out how at CRE 2017.’

Harnessing the latest technology, and developed especially by Museum of the Bible, visitors will see biblical stories dynamically presented as never before.

‘Using Augmented Reality, brings the text book pages to life,’ said Julia Diamond-Conway of fellow exhibitor RE Today Services. ‘Level upon level of hidden information can be investigated by the student. Augmented Reality allows such a deep exploration of words and pictures and the investment in these new resources contributes towards putting RE at the forefront of innovative teaching methods.’