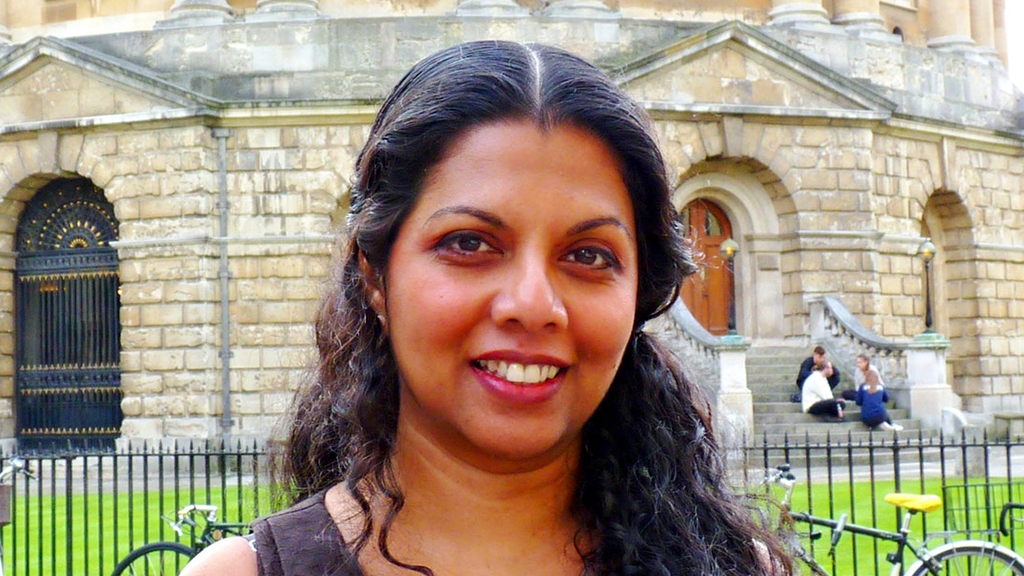 Where have all the black saints gone?

Stories of prostitutes set on fire are not the most popular of biblical narratives but we need to grasp their significance, according to Dr Sanjee Perera (pictured).

‘Many of us know the stories of aristocratic saints who lived centuries ago,’ said Sanjee, a keynote speaker during Ladies’ Day at CRE National 2019  (12pm, Thu 17 Oct), ‘but have we considered how their stories might clash with the earthy biblical narratives that speak of famine and slavery, unbending dictators, genocide and the fall of empires?’

Sanjee, a research fellow at the University of Birmingham, had to search to find stories of black women who have served and inspired the church and she will take CRE visitors ‘on a poetic journey through Victorian stained glass and alabaster angels in verdant graveyards’, to examine how goodness, holiness, beauty and virtue became synonymous with whiteness, and how this becomes a double burden for women with black and minority ethnicities.

‘In a programme of special presentations and seminars, Ladies’ Day will highlight the contributions of women in church and society, especially those who have been forgotten or neglected,’ said CRE event director Brett Pitchfork. ‘It has been 25 years since the first woman was ordained by the Church of England – and this presents us with an ideal opportunity for reflection.’

Rooted in Christian tradition and biblical values, a range of speakers and specialists will consider issues like gender stereotyping and the barriers women face in achieving their potential.

• Dr Sanjee Perera will speak on Where have all the black saints gone? (12pm, Thu 17 Oct) 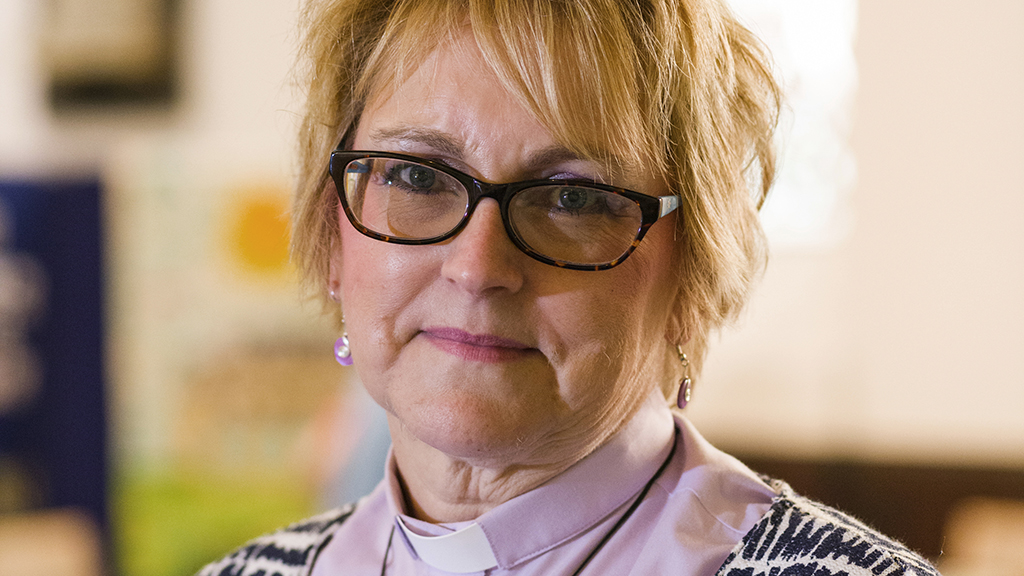 Finding the good in grief

Through TV, radio, social media, YouTube, films, newspapers we are bombarded with death and dying – so how should we respond?

Rev Canon Dr Sandra Millar (pictured), head of projects and developments in the Church of England, will lead a seminar at CRE national 2019 (11am, Thu 17 Oct) to explore how we can best deal with the effects of bereavement and serve communities in grief.

Dr Millar will present insights into recent research by an innovation consultancy around how we remember loved ones online. She will also share information on how the bereaved expect and want to be kept in touch with – and for how long.

‘I will also introduce visitors to a wide range of resources available to churches through the Church Support Hub and Church Print Hub – all tailor-made to increase the number of ways we can reach and support bereaved people,’ she said. ‘And I will lead a discussion on the Church of England’s unique role in ministering to the bereaved – at the very heart of our vocation.

‘Very often we will not know what happens to those we meet, whether wider or warm contacts. They may light a candle in a cathedral or a small church when on holiday; years may go by until the next occasion triggers big feelings, big questions, big thoughts. But we can touch many lives every week, sowing seeds of the good news of God’s love revealed in Jesus Christ, and known in love, hope and grace in life’s big moments.

‘We have the privilege of meeting people and journeying with them, locally and nationally, in prayer and in person. Let’s recognise and value all whom we meet.’ 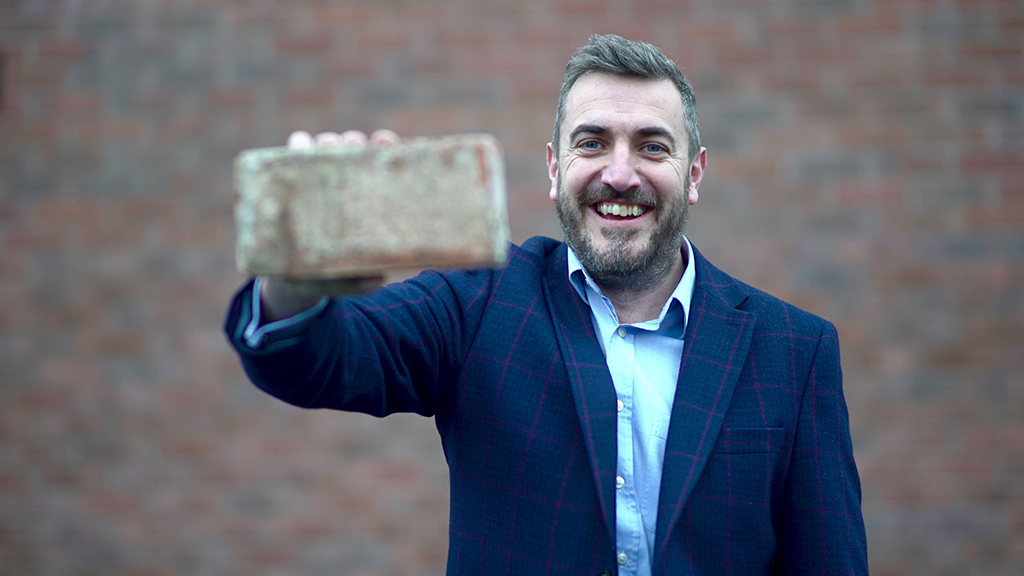 The architects of one of Britain’s most unusual design awards will welcome visitors to their stand at CRE National 2019.

The Wall of Answered Prayer will be built with a million bricks, each one telling how God has responded to a specific prayer. Situated alongside the M42 and M6 motorways and clearly visible to half-a-million people a day, the £7.2 million project will have a visitor centre, 24/7 prayer room, cafe and Christian bookstore. A chaplain will be on hand to provide additional support.

‘We want it to be as imposing as the Angel of the North,’ said Richard Gamble (pictured), director of the project. He became a Christian in 1990 and is a former chaplain of Leicester City FC and CEO of Sports Chaplaincy UK.

The Royal Institute of British Architects’ competition was won by Snug Architects of Totton, Southampton. The firm beat 133 entries from 24 countries with their innovative design.

‘It was a major achievement,’ said Paul Bulkeley, who set up Snug after building his own home. Instead of one home he erected two one-bedroom houses and it led to the launch of Snug in 2003. Now 44, Paul is technical director and provides design and management to ensure client objectives are met and design quality is maintained.

‘It is part of our core character – fitting together clients’ aspirations and the environment,’ he said.

Snug representatives at CRE National 2019 will be delighted to advise on church or community projects and also introduce visitors to the award-winning Wall of Answered Prayer project.

‘We are hoping it will be open in time for the Commonwealth Games in Birmingham in 2022,’ said Paul.

Richard has appeared on BBC’s Songs of Praise enthusing over the project and believes that getting a major site near Colehill Manor, alongside two key motorways, was itself an answer to prayer. When the site is open, visitors will be able to download an app enabling them to read about answered prayer on any particular brick, even those high up in the structure.

‘Above all, we want to preserve the nation’s Christian heritage and inspire people to pray,’ said Richard. 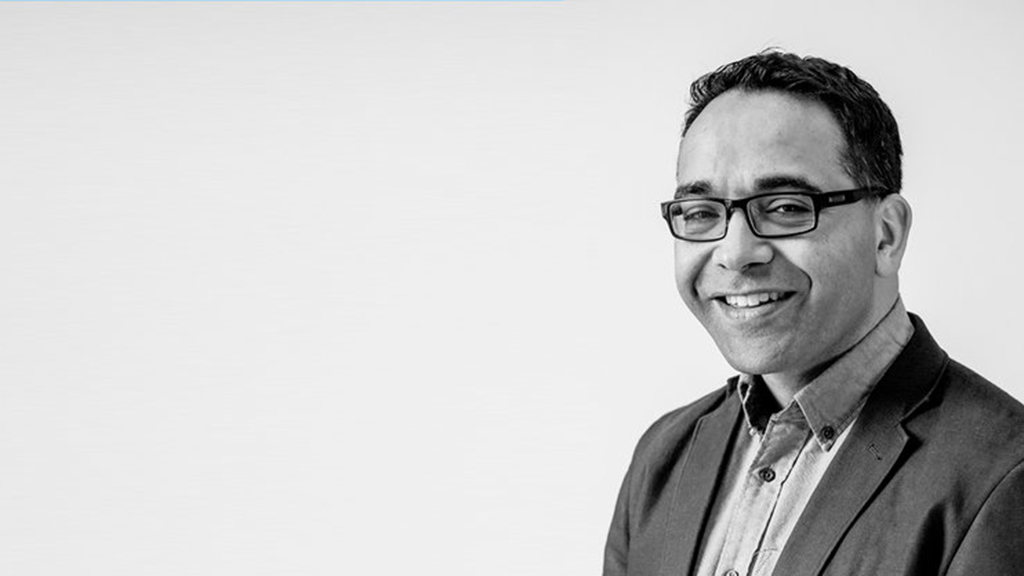 The moment everything changed for ‘lost’ Krish

Dr Krish Kandiah had been a missionary, youth worker and pastor – but found himself lost in his relationship with God.

That was until he rediscovered his Christian faith through understanding a simple secret: he had been adopted by his creator.

Interweaving a personal story with theological insight, Krish, sponsored by leading Christian charity World Vision, will be at CRE National 2019 to show visitors how his understanding of the doctrine of adoption ‘changed everything’. The seminar will introduce visitors to his latest book – The Greatest Secret (John Murray Press).

‘It is for anyone seeking new depth and intimacy with God,’ explained Krish. ‘The “secret” is woven throughout the pages of the Bible.’

Krish is an entrepreneur with a vision to help solve some of society’s seemingly intractable problems through building partnerships between civil society, faith communities, government and philanthropy. He is also founding director of Home for Good, a young charity seeking to make a difference in the lives of vulnerable children by finding loving homes for them in the care system. He lives in Oxfordshire with his wife and seven children (through birth, fostering and adoption).

• Krish will speak on The Greatest Secret: Why adoption changes everything about our discipleship (3pm, Tue 15 Oct) 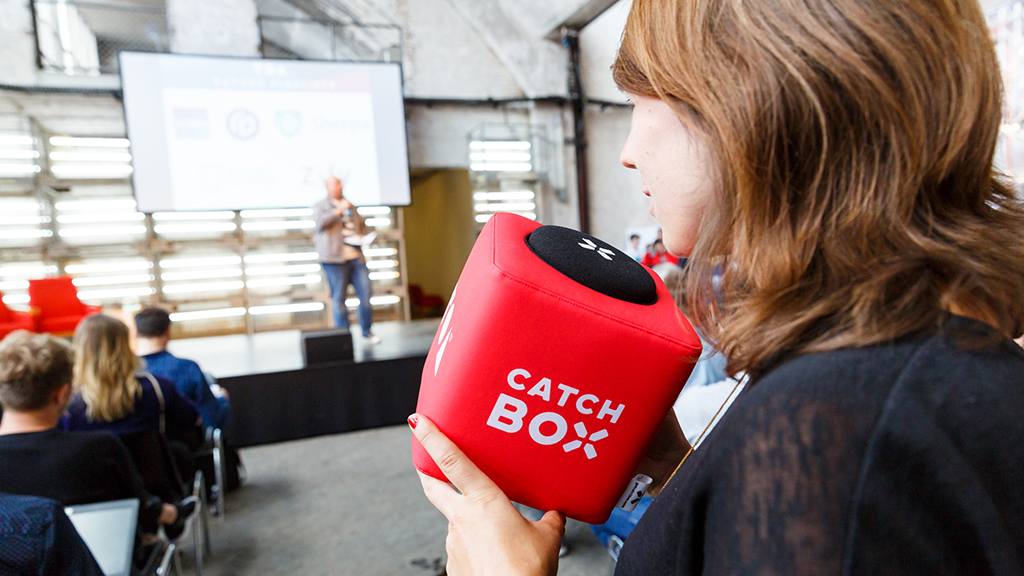 Throw a microphone at people and catch their imagination.

That’s the thinking behind a new, cube-shaped device that will be flung to the far corners of seminar rooms at CRE National 2019.

The Catchbox, available from CRE National 2019 exhibitor Clarity in Sound Light and Vision, is a cunningly-disguised portable microphone that enables members of an audience to pose questions through the venue’s sound system. A brilliant ice-breaker, the Catchbox can then be tossed, safely, to another member of the audience for the next question.

‘We have found people happily speak from where they are and when they pass, or throw it around, there is usually laughter,’ said Rev Alison Davis, minister at Geddes Place United Reformed Church, in Bexleyheath, Kent.

Alison, who recently celebrated 25 years since her ordination, bought a Catchbox after first seeing it on display at CRE. Clarity believe many other churches will improve congregational participation through the device. Best of all, there is no need for anyone to wander round, microphone in hand, especially when the person waiting to use it may be hemmed in by other people.

‘It is easy to get the Catchbox to the right person, you just throw it!’ said Clarity’s Yvette Faris. ‘It can be adapted for most sound systems and has a foam cover which means it will take being dropped.’

The casing can also have the name of the church or organisation printed on it making it ideal for conferences or regular group meetings.

Clarity will welcome visitors to their stand at CRE National 2019, to talk about all manner of sound and lighting issues in churches or community buildings. Their expertise is in the design, supply and installation of tailored flexible audio visual (AV) systems that are simple to use, including sound, lighting, projection and interactive screen solutions. 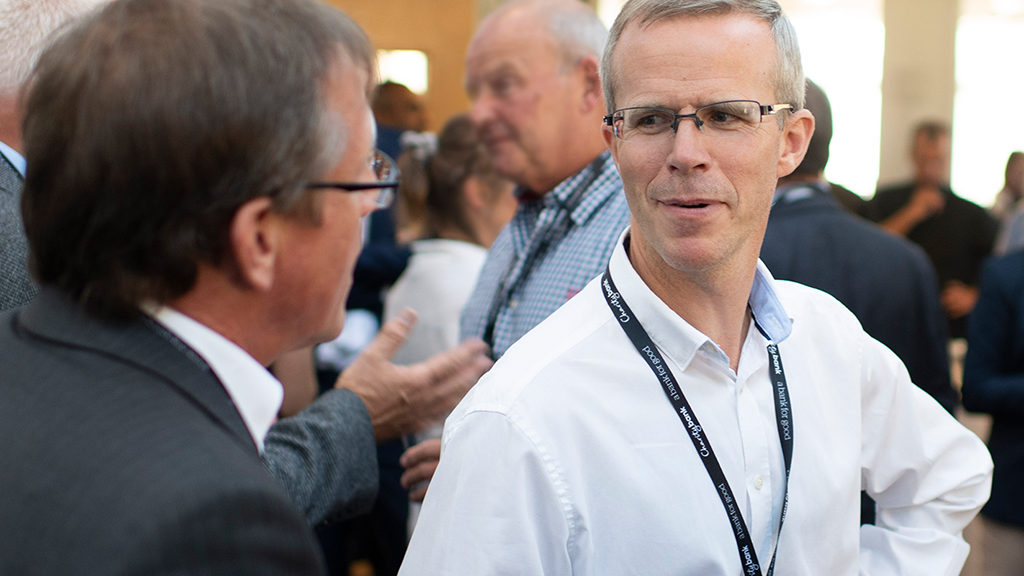 Beyond Brexit, hit the road to growth

Brexit uncertainty is one of the reasons why hundreds of charity professionals will attend a series of free events this autumn.

Charity Bank, an exhibitor at CRE National 2019, have invited trustees, directors, CEOs and managers of charities, churches and social enterprises, to the half-day conferences entitled Road to Growth.

‘We’re hosting these events as part of our mission and commitment to support the social sector,’ said Ed Siegel, chief executive of Charity Bank. ‘We’ll be looking at how political uncertainty is impacting the sector and how charities and social enterprises are responding. We’ll also reveal the latest on funding and grants, regulation, technology and governance.’

Taking place in towns and cities as far apart as Edinburgh and Tunbridge Wells, Road to Growth comes at a time of change and challenge. The National Council for Voluntary Organisations (NCVO) will present an update on the state of the sector and specialists will engage with the audience in unpicking challenges and opportunities.

‘We expect attendees to leave with practical insight and guidance to help their organisations survive and thrive in a changing world,’ said Ed Siegel.

As well as the NCVO, Road to Growth is being delivered in partnership with a wide range of national and local social sector partners, including the National Lottery Community Fund, Directory of Social Change (DSC) and Access, The Foundation for Social Investment.

Charity Bank is the loans and savings bank for charities and social enterprises. It uses its savers’ money to provide much-needed loans to small and large organisations working to drive positive social change – bringing benefits for people, communities and the environment.