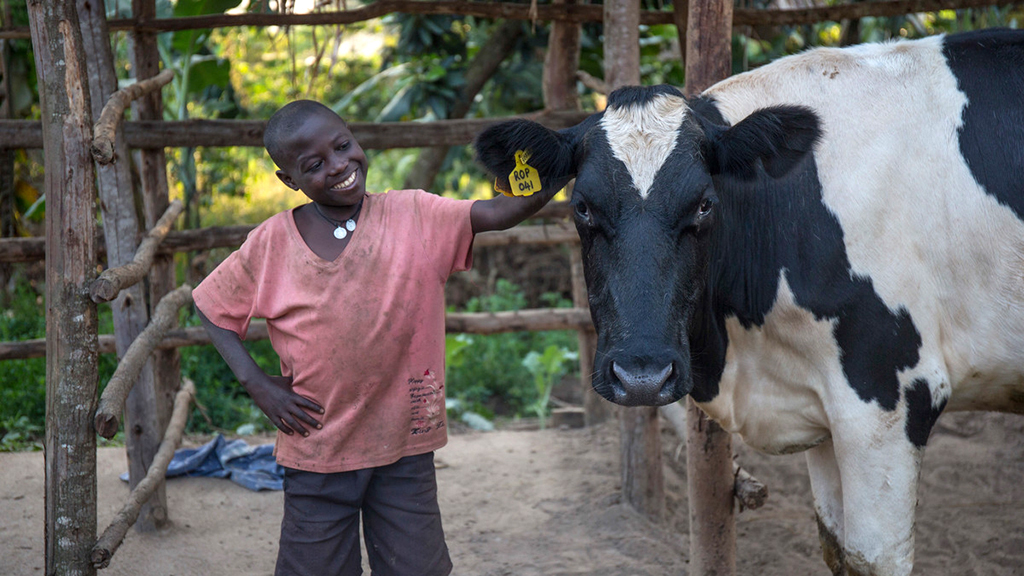 A charity born because UK farmers were forced to slaughter healthy dairy cows, is now in its fourth decade of operation.

In 1988, many UK dairy farmers were outraged by strict EU milk quotas which forced them to throw away good quality milk and even slaughter their herds. At the same time, families in Uganda were recovering from the country’s brutal civil war which had destroyed farm land and livestock.

Motivated to help, a small group of Christian dairy farmers from the west country decided to donate some of their own dairy cows to rural families in Uganda. It was a massive step of faith, supported in prayer.

On 4 July 1988, 32 cows were flown from Gatwick Airport to Entebbe, Uganda and given to struggling families living in the Mityana region. With nutritious milk to drink and sell and manure to nourish the soil and boost crop yields, the families and the cows thrived. Send a Cow was born.

The charity continued to send livestock from the UK to Uganda until 1996 when the BSE crisis took hold. Since then, the charity has sourced all livestock from within Africa. Comprehensive training in animal husbandry and welfare is also provided, ensuring the animals are well cared for and productive.

Send a Cow works in six countries in Africa and provides a proven package of support and training in farming, hygiene, business skills and gender equality. More than two thirds of the people supported are women. Working with families for up to five years, the organisation helps people to grow their own food, earn an income and lift themselves out of poverty permanently. Two million people across Africa have been supported by the international development charity since it began.

‘The charity now does much more than provide cows and works with rural communities to make the most of their most precious resource – the soil beneath their feet,’ says Send a Cow’s Ann Hatton.