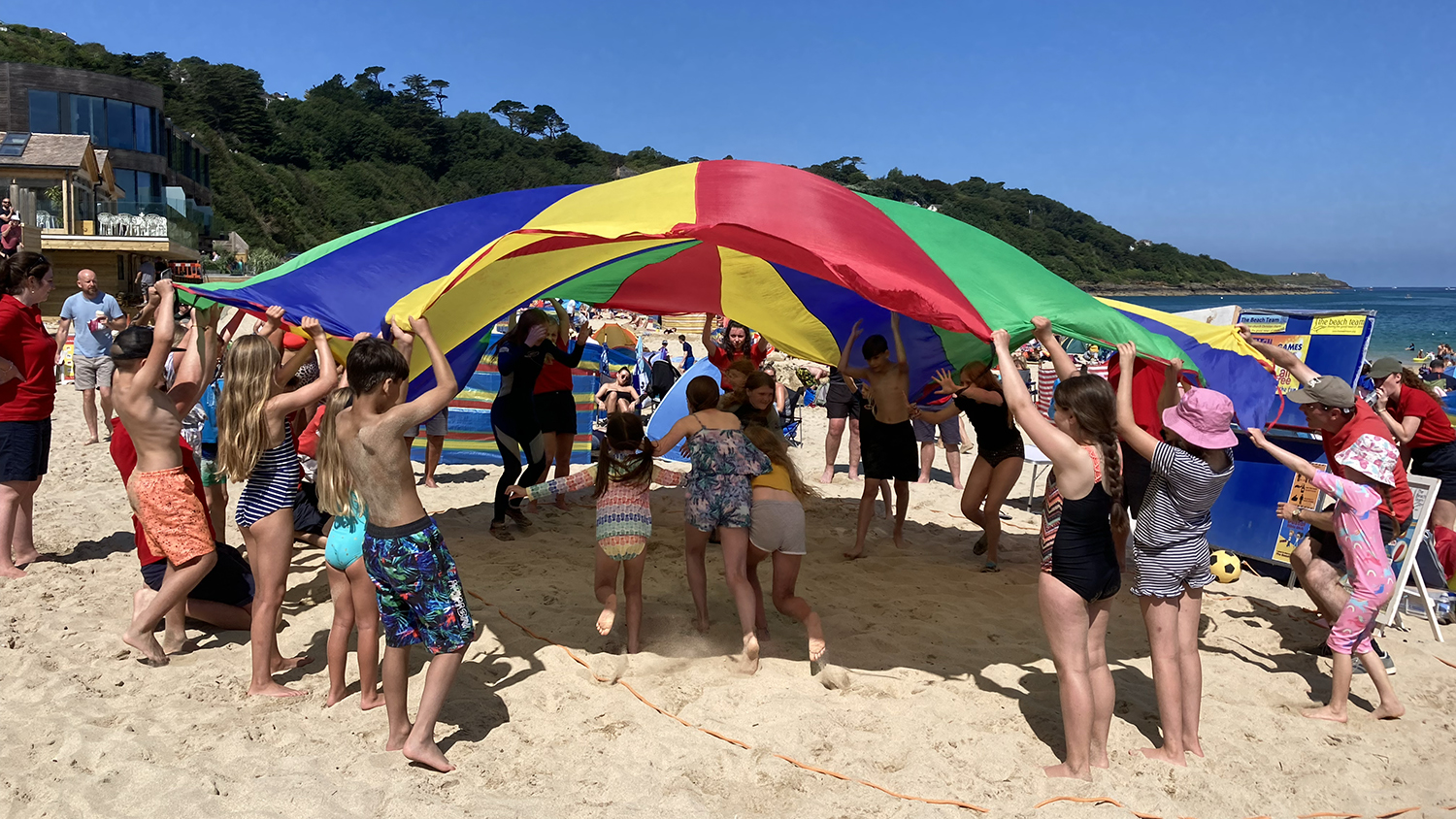 With his mission active on 700 UK beaches this summer, Tim Howlett just loves to be beside the seaside.

‘We are getting back to a more normal time after the pandemic,’ said Tim, executive officer of CRE exhibitor United Beach Missions. ‘Already 600 missions are booked and after the exams, when more volunteers come forward, I expect the 700 target will be reached.’

Tim, 54, went on his first beach mission in 1984 in St Ives and has had sand between his toes ever since. In 2010 he quit his job in IT to work full time with UBM which has been growing since the first team ran a mission in Rhyl in North Wales. Today, it operates in about 35 locations in England, Wales, Ireland and continental Europe.

Last year those attending the beach missions were far more likely to engage in spiritual conversations, reports Tim – despite the problems created by Covid-19. Even out of the summer season the organisation is still active. So far this year there have been a number of city centre events in places like London, Oxford and Cambridge – plus a Victorian extravaganza in Llandudno.

Each one, he said, was ‘very encouraging with a lot of talk about Christian things. People were very responsive to our message’. He believes that will continue this summer. Missions are also planned in Italy, France and Switzerland – despite the latter having no beach! ‘We would usually be operating in Spain and Portugal but are unable to this year,’ he added.

For the first full year back in business since the pandemic, UBM are hoping to get 900 or so volunteers.

‘However, we need that figure to be nearer 1,000 so we can increase the size of our teams and expand the work,’ said Tim.

Anyone wanting to volunteer for a mission this summer can find details here.

• UBM will be exhibiting in Mission on the Map, on stand A6 at CRE National 2022