Flip-flops, blankets and prayer: all in a night’s work for Street Pastors 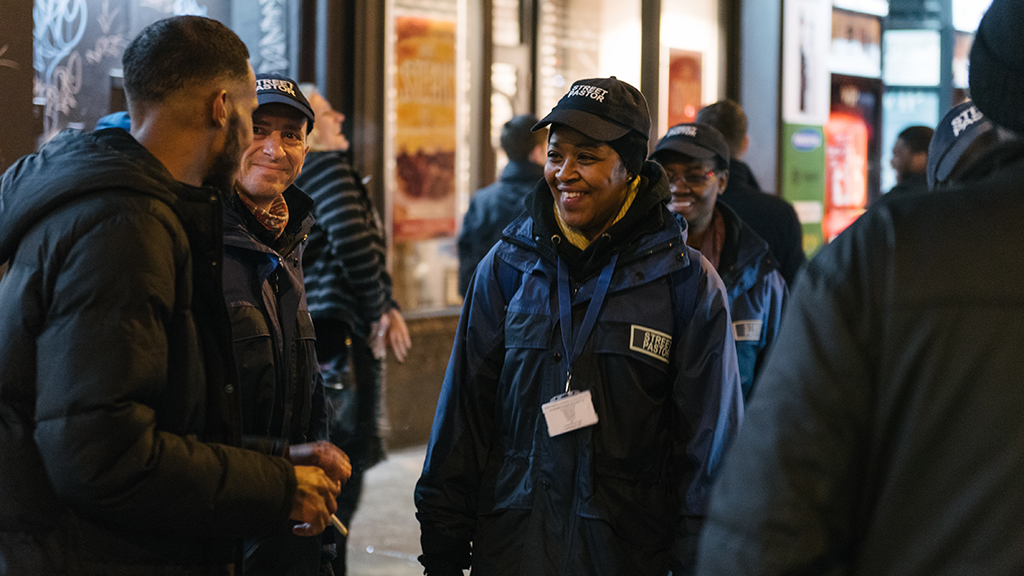 Flip-flops, blankets and prayer: all in a night’s work for Street Pastors

The atmosphere in our cities has changed since 2003 when 18 Christians took to the streets of Brixton in response to gun and knife crime.

Now Street Pastors patrol more than 300 towns and cities with some 20,000 volunteers listen to people’s problems, show concern and make an impact for good.

Street Pastors in Greater Manchester was launched in 2004 after Paul Keeble was invited by founder Rev Les Isaac to the London launch and brought the vision back home.

‘It was an instant success in Manchester – probably the first city to take up the challenge after London,’ he said. ‘It has helped raise the spiritual temperature.’

Paul, 61, is a trustee of the organisation and attends Brunswick Parish Church. He still enjoys a late pastoral night out in the city when his turn comes.

‘We start with a briefing at the police station and then go out in teams, offering help,’ he explained. ‘People appreciate our presence and often recognise team members. Recently, we were in a cafe when a man who admitted he was an atheist approached us and insisted on paying our bill “for what you are doing.”

‘We are taking the challenge to CRE North at Event City and hope that many who visit the exhibition will be inspired to join us – particularly those in a younger age bracket.’

While anyone over 18 can become a Street Pastor, many of the 12,000 volunteers in the ten projects in the Greater Manchester’s area are older – some, like Paul, in their 60s. Anyone wanting to become a Street Pastor receives special training and is asked to patrol a minimum of once a month. They listen and sometimes pray with people, ensuring that those who are drunk can get home. Flip-flops are often handed out to women whose high-heeled shoes prove uncomfortable, and space blankets to those suffering from the cold.

‘It is a great work and can lead to opportunities for witness,’ said Paul, recalling one of the team praying with a man, at his request, in a pub. ‘I watched the man lean in close to be part of the prayer as John Motson’s commentary on Match of the Day was relayed above their heads. People say they don’t know why we do it but they’re really glad we’re here. We are not superheroes, but ordinary Christians. And we need more volunteers. Come and talk to us at CRE North.’

• Street Pastors are on Stand P17 at CRE North

• Paul Keeble will be speaking with Sid Williams (Embassy Bus) on Your church and social engagement (11am, Wed 13 Oct)