Half a million join Advent journey 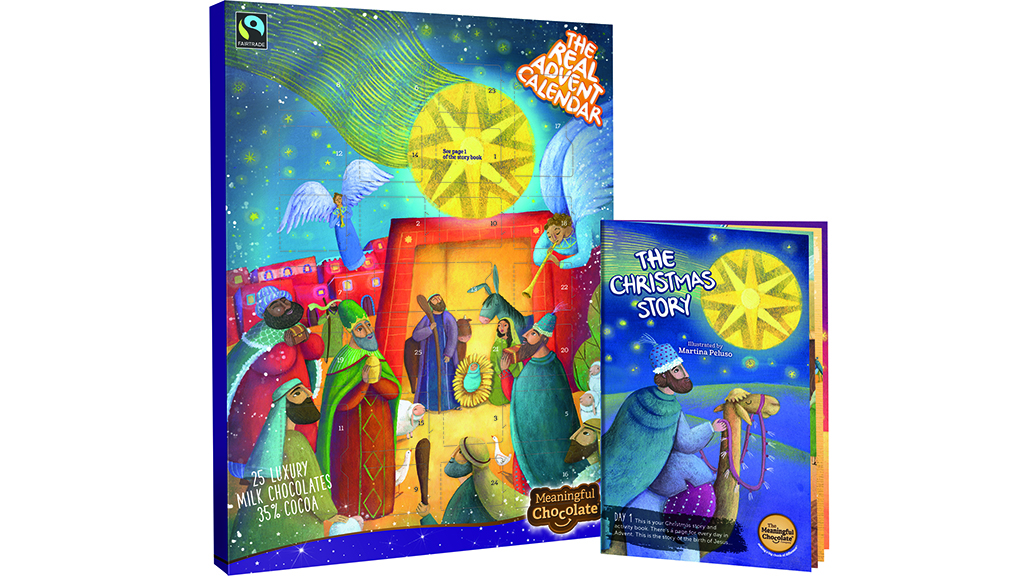 Half a million join Advent journey

An estimated 500,000 people are currently on an Advent journey with a Real Advent Calendar, according to Meaningful Chocolate pioneer David Marshall.

‘That number is made up of 150,000 children and other family members,’ said David, who founded the company 10 years ago. ‘Nearly 500 calendars have also been donated to a food bank scheme.’

It all began when the former communications director saw the wrapping on an egg that said ‘Easter is a season of chocolate and loveliness.’

‘I was shocked that a commercial company would make such a claim that was just not true,’ he recalls. ‘I couldn’t find anyone making an egg with any religious significance so I came up with the idea of a fair trade egg which told the original story.’

At first it was just a paragraph on the box. Now each egg comes with a 24-page activity booklet proclaiming the Easter story in full. The first egg was produced in time for Easter 2011. Supermarkets refused to sell it and major sales went through churches and church schools. Now more than a million eggs are produced and some supermarkets have begun to stock the product.

Six years ago David vision’s expanded to include Advent calendars – again using Fair Trade chocolate and proclaiming the real message of Christmas. The eggs and calendars are produced under Fair Trade regulations and the packaging contains no plastic and is fully recyclable. The company has donated more than £250,000 to charitable causes.