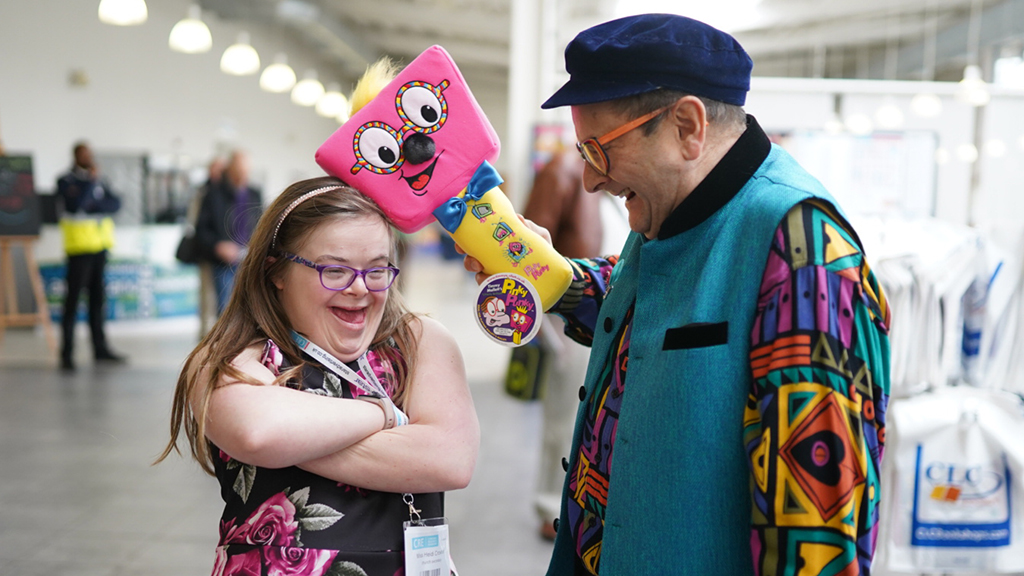 A 25-year-old woman with Down’s syndrome has landed the first blow in her battle to challenge the abortion law.

Heidi Carter (pictured left above) and Máire Lea-Wilson, whose 16-month-old son, Aidan, also has the condition, both believe the law is ‘deeply offensive’ and have joined forces for the legal battle. Heidi was at CRE Midlands in February where she met TV presenter Timmy Mallett (pictured right above) whose late brother, Martin, also had Down’s syndrome.

Heidi and Máire heard that their application to the High Court, to challenge the law which allows babies with Down’s syndrome to be aborted up to birth, had been granted.

Their lawyer, Paul Conrathe, said: ‘This is a hugely significant moment as the court has recognised it is arguable that the state is acting unlawfully towards babies with Down’s syndrome by allowing them to be aborted up to birth. The Government now has to prepare its detailed evidence opposing the case. We will have an opportunity to reply to that evidence. The case will then go to trial, probably next year.’

Filing the case cost £50,000 – all found by generous donations – and now the couple must raise another £50,000 to fund the actual trial. They are appealing for donations but also hope that people will talk about the case, to keep it in people’s minds and share pages on their website and social media.

Heidi (nee Crowter) married James Carter, 26, in July – with more than 10,000 people watching the socially-distanced ceremony via a live stream.

A previous opener of CRE National, actress and comedian Sally Phillips, whose son Olly has Down’s syndrome, said: ‘Interdependence is what we are after. Independence is not all it is cracked up to be. The church has got to be the place where everyone is equal.’