The ‘love letter’ that still resonates 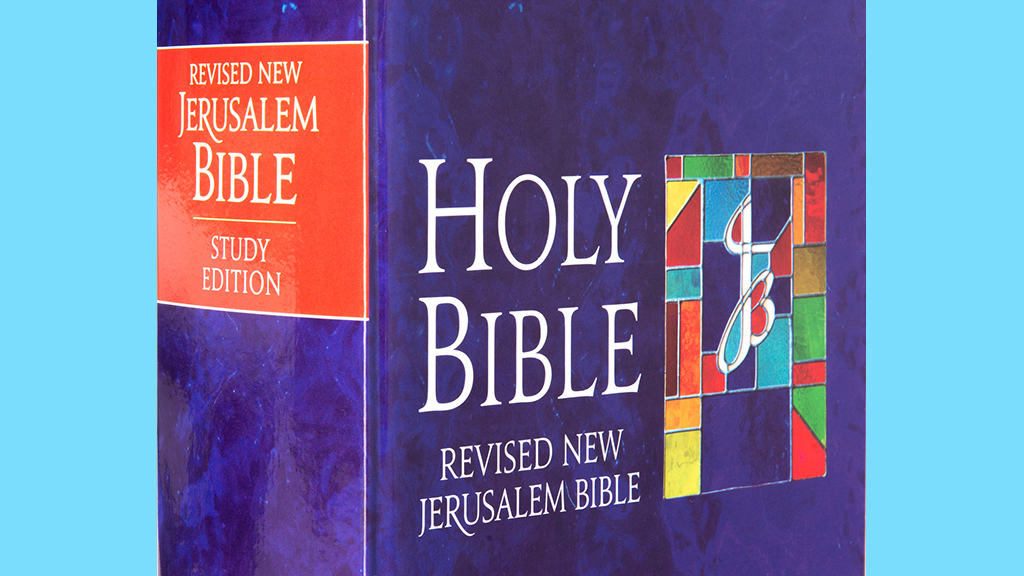 The ‘love letter’ that still resonates

A wedding gift given to Virginia Moffatt 23 years ago proved such a life-changer that she brandishes it before viewers at the start of her CRE At Home 2020 seminar.

Pope Francis described the New Jerusalem Bible as ‘God’s love letter to us’ and Virginia, an author from Oxford, used it as the title of her seminar in which she outlines her passion for a new edition – the Revised New Jerusalem Bible Study Edition published by Darton, Longman and Todd (DLT).

In her seminar she provides a short history of the Jerusalem Bible which followed a call from Pope Pius XII in 1943 for a translation directly from the original Hebrew and Greek text into people’s everyday language. French scholars produced the Bible in 1956 and the French translation proved so successful that in 1966 DLT produced an English version. That was followed in 1985 by the New Jerusalem Bible with Dom Henry Wansbrough OSB, a monk from Ampleforth Abbey, as the editor.

‘So I was very interested,’ she explains, ‘when I learnt that DLT were going to produce a new version and I was invited to meet Dom Henry, who was again the editor. It was to be a version doing away with patriarchal language, be easy to read and more accessible. The study notes would enable it to be a Bible for study and proclamation.’

She travelled to Ampleforth two years ago to interview Dom Henry about his work and clips from her interview are part of the seminar. Virginia also tells of her pleasure at being invited to oversee the study guides which go alongside the new Bible. Although four have been written, only two were published before the pandemic– Forgiveness, by Frank Cottrell Boyce, and Approaching the End of Life, by Virginia herself. Two others – Illness, Disability and Caring, and Welcoming the Stranger, will be published later with possibly more to follow.

‘I hope the guides will enable people to use the Bible in their personal journey, look at familiar texts from a different angle and see that the Bible stories still resonate today because they speak of ordinary human experience,’ she concludes.