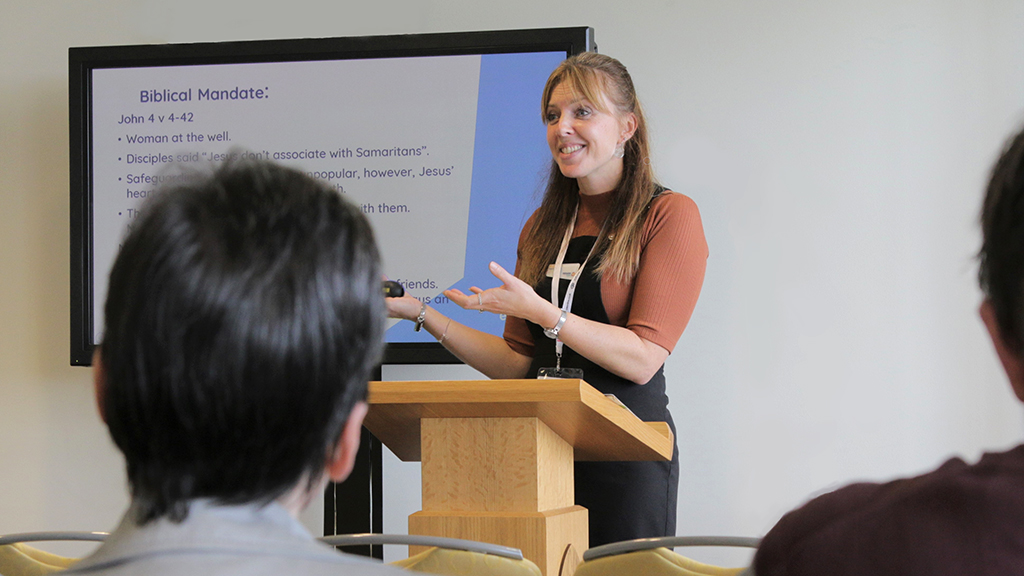 The tool, developed by CRE North exhibitor thirtyone:eight, is the first of its kind and comes as a response to requests from organisations wanting support in developing safeguarding arrangements and those of overseas partners.

The event followed the Department for International Development (DfID) Safeguarding Summit held in October 2018 in response to revelations of safeguarding failures within the international aid sector.

Karen Eakins (pictured), head of consultancy at thirtyone:eight, said: ‘We are receiving increasing numbers of requests for help within the challenging area of international safeguarding.

‘“Lament” is a word in the Bible which refers to recognising suffering and calling out to God to create change. By lamenting we are challenging the status quo and speaking out for change even where it is seen as culturally unacceptable.’

The audit tool is built around seven core principles which include organisational culture; policy and procedural standards; recruiting safely; training and development; safer working; recognising, responding and reporting concerns; and working with overseas partners. It follows a three-stage process of reviewing the arrangements of the UK organisation, dialogue with the overseas partner organisations and the formulation of an action plan.

It is available at no cost and sits within thirtyone:eight’s range of resources.

• thirtyone:eight are on stand A27 at CRE North