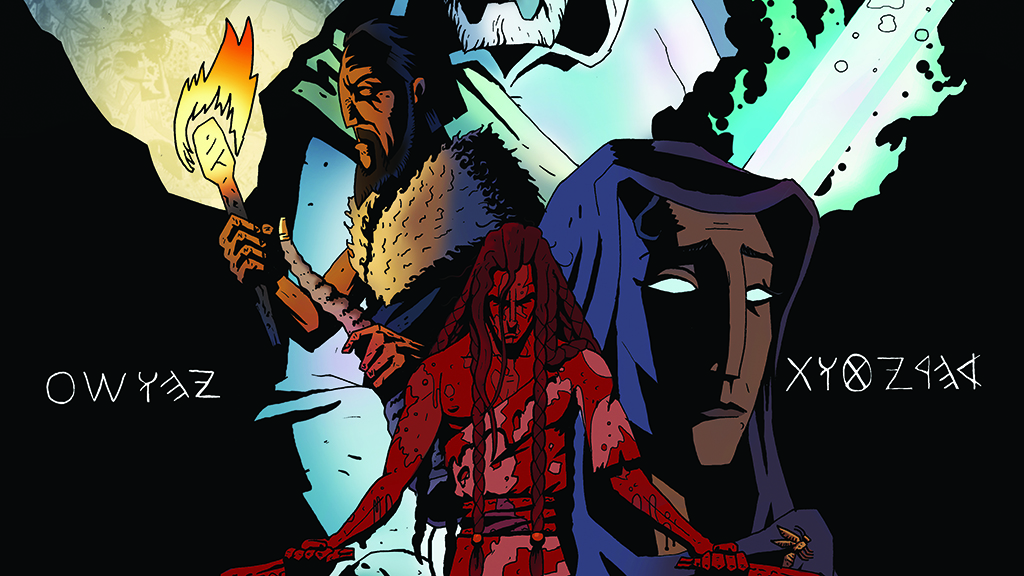 A new product has been launched that grabs the attention of those unlikely to sit down and read a book – let alone the Bible.

The Word for Word Bible Comic combines the original words of scripture with in-depth historical research to make the illustrations as accurate as possible.

‘I have tried to convey aspects of culture, history, locality, ethnicity as well as meanings, subtleties and emotions,’ said author Simon Amadeus Pillario. ‘Bible commentaries and encyclopaedias can take pages to explain the same level of detail.’

The first three books in the series, Judges, Joshua and Ruth, are already available. The next instalment, the Gospel of Mark, will be hot off the press at CRE 2018.

Based in Bristol, Simon has a degree in graphic design and has been writing comics for more than 15 years. He became a Christian at the age of 23.

‘I was struck by how the intrigue, drama and challenging elements are often dropped from retellings of biblical stories,’ he explained. ‘I find cut-down, child-friendly Christian comics unsatisfying. Word for Word does not glamorise or dwell on evil of any kind but covers all the lessons the Bible teaches.’

According to Comixology, the primary consumers within the exploding comics market today are not children but men aged 27-36 (60 per cent) and women aged 17-26 (40 per cent). Word for Word is aimed at teens and adults, with an advisory age rating of 12+ or 15+.

Already, Simon has one major fan.

‘I cannot help being impressed by the thorough-going commitment to the biblical text mixed with dramatic artistic skill, to communicate to this visual generation,’ said Terry Virgo, founder of Newfrontiers, an international network of more than 1,500 churches.