Dan’s mission of mercy is right on the ball 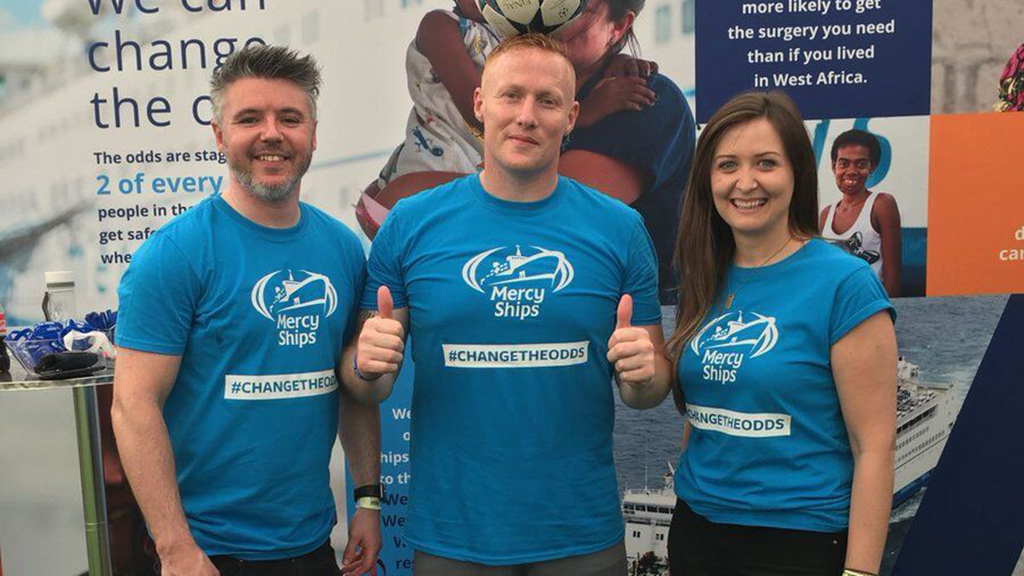 Dan’s mission of mercy is right on the ball

World record-breaking football freestyler Dan Magness will perform his phenomenal tricks at October’s CRE 2018 encouraging churches to ‘make history’ with their own creative and sporting flair.

Dan kept a football in the air in Covent Garden for an astonishing 24 hours – making him the Guinness World Keepy-Uppy Champion. He also set the world record for the longest-ever recorded journey while continuously kicking or heading a ball, keeping the ball in the air for a staggering 36 miles, visiting every Premier League football club in London.

He became a Christian at 3am outside a Southend nightclub.

‘I was with a couple of mates and must confess I was full of another kind of spirit,’ he said. ‘We saw some street pastors talking to clubbers and I thought “I want to go and talk to them”. Minutes later, they were telling me about Jesus. Now I use my talent to praise his name.’

Dan is appearing at CRE in support of Mercy Ships, who are challenging churches to make history, by taking on one of three sporty or creative #MercyActs challenges.

Darren Richards, Church Partnership Manager at Mercy Ships, added: ‘Mercy Ships has launched a brand new set of resources that call on UK churches to use their talents and skills to help send free medical care to some of the poorest people in the world. The church is a treasure trove of talent. Imagine what could happen if everyone took something they loved doing – their hobbies and sporting passions – and then used that to help the poor in Africa?

‘Imagine if kids sang, teens vlogged, students shone on stage, parents picked up a paintbrush and grandma shimmied across a ballroom. Those who can’t draw or dance, can write or arrange flowers. Those who can’t cycle can swap clothes or bake. Everyone can do something! Everyone can love mercy, act justly and walk humbly by taking on a #MercyActs challenge.’

Founded in 1978 by Don and Deyon Stephens, Mercy Ships has worked in more than 70 countries. Today, Mercy Ships is a faith-based international development organisation with a creative solution to poverty – the world’s largest floating hospital, crewed entirely by volunteers. Their hospital ships serve some of the poorest countries in the world, delivering vital, free healthcare to people in desperate need.