Bell on song for CRE return 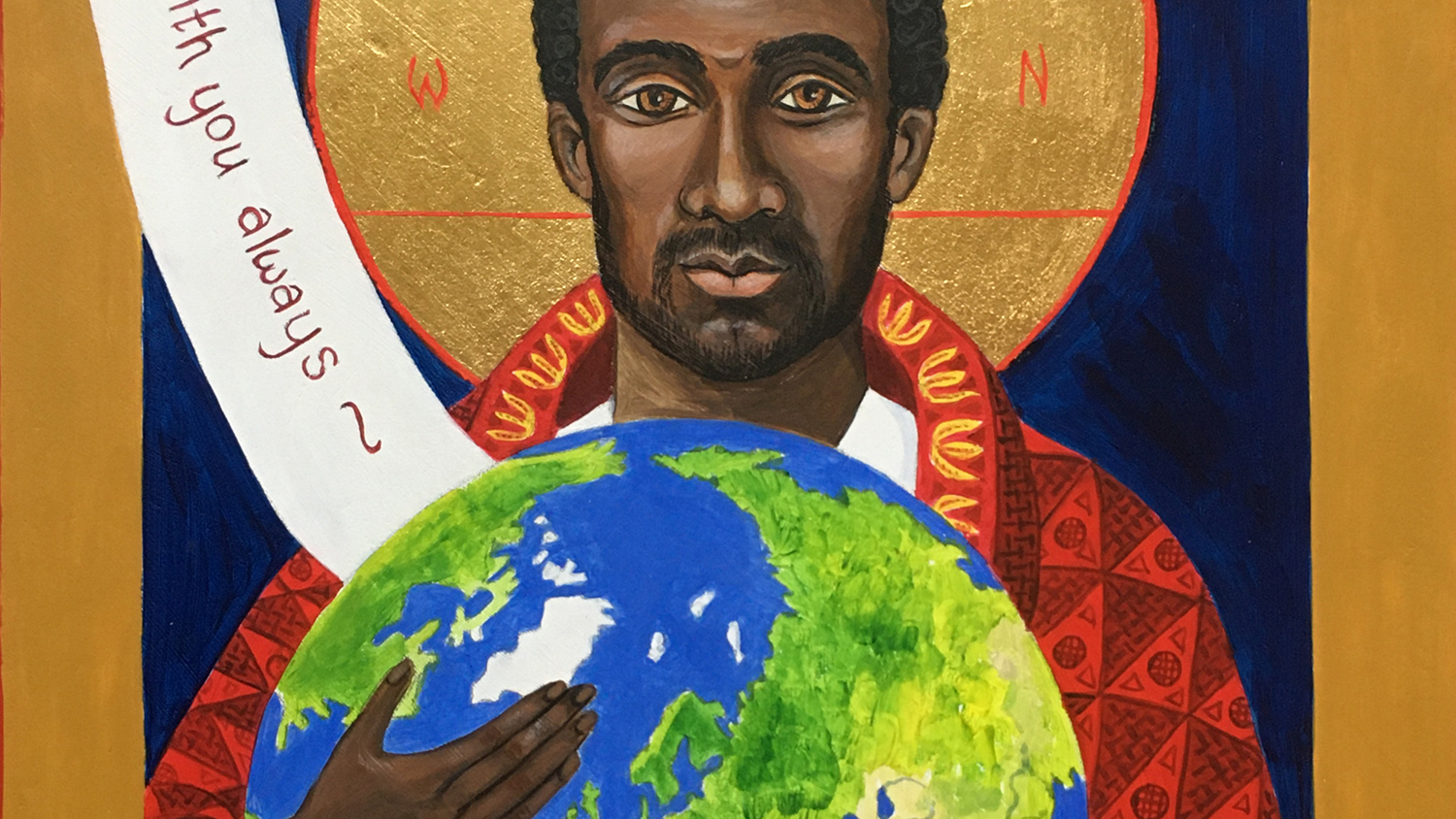 Bell on song for CRE return

When asked to create a rainbow ark stole, Yvonne Bell was told a triceratops had to be included.

Yvonne, from Deanshanger, Northamptonshire, phoned the vicar when the stole was finished, asking if she could deliver it the next day. He agreed – providing it was after 4pm when his six-year-old son, who had insisted on the inclusion of the herbivorous dinosaur with a massive head and two large horns, would be home from school to give it the OK!

Exhibiting at this year’s CRE National for the first time in some two decades, Yvonne specialises in silk painting for vestments, icons on wood and acrylic on canvas. A Christian herself, she produces hangings for churches, altar frontals, pulpit and lectern falls and banners. Vestment ranges include chasubles and stoles for priests and copes and mitres for bishops.

Her original painted silk artwork is stretched over canvas or framed and canvas prints of her work have proved particularly popular. Commissions include designs for book covers and backcloths for conferences – ‘For just such a time as this’ is 14 ft high by 9 ft wide. A series of backcloths for Birmingham Cathedral, and a stole featuring an abstract of spaghetti junction, were part of her display at CRE in 1998.

Artwork often crosses over from paintings to vestments, as in ‘Given for you’ a set featuring a painting, stole and chasuble. The hands of God the Father are shown in rainbow colours as a reminder of the flood and covenant represented by the rainbow.

Yvonne began producing beautiful clerical items after returning to the UK from the United Arab Emirates. She was unable to get a job in her profession, operating electroencephalograms! A lover of art, she went to college and it led to a change of career and a switch to the C of E from the United Reformed Church.

‘That was fortunate,’ she explained, ‘because the URC do not wear clerical clothing of this kind!’