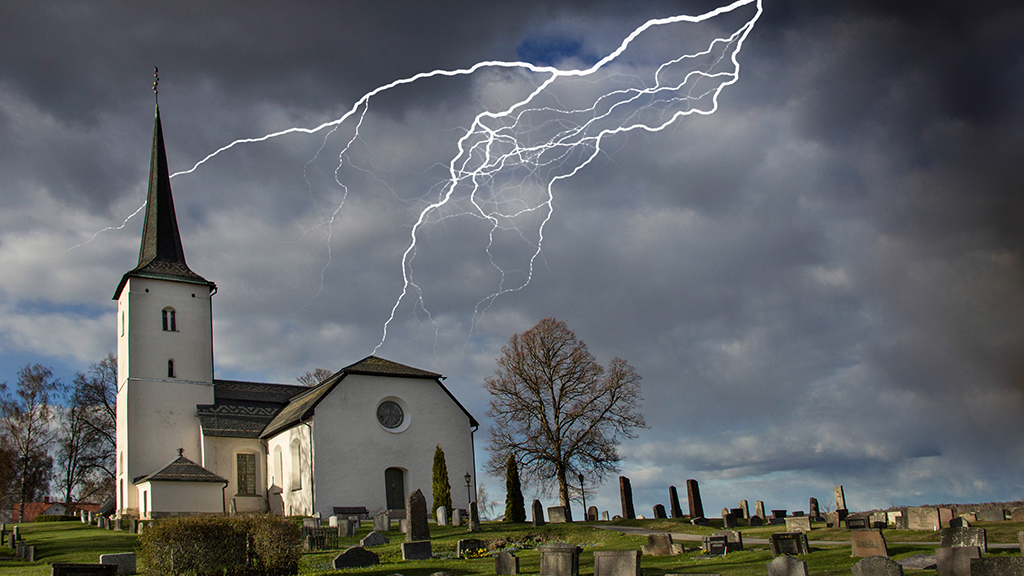 The hottest August on record led to a record number of lightning storms which kept family firm CES Lighting on full charge.

‘We received half a dozen calls related to lightning strikes on some of the nation’s major churches, when we would normally get no more than a couple,’ said Ryan Slessenger, senior partner in the company. ‘Lightning was not the only problem. Many churches suffered the effects of electrical surges from the lightning, others surges in power from sources outside.’

The company was well equipped to deal with the flood of calls, however, having successfully helped All Saints, Maidstone overcome the major effects of a lightning strike last year which wiped out the church’s lighting system and damaged much of the internal wiring. The church – which lost its spire in 1739 when struck by lightning and was never rebuilt – needed extensive repairs and replacement of the internal wiring.

‘We installed a lightning protection system which directed the lightning into the ground and then installed electrical surge protection devices to protect against another strike, and electrical surges caused by other means,’ said Ryan, who has been with CES Lighting since 1995 apart from two years when he was electrical officer on the mission ship MS Logos 11.

It was an early warning for the requests which came in during August as the severe hot weather resulted in a record number of lightning storms.

‘We were kept busy installing new lighting protection systems and internal electrical work,’ said David Burch, the company’s lighting design expert. He helped in his father’s electrical business as a child before branching out on his own and joining CES Lighting five years ago.

‘Surge protection devices are now a requirement of the regulations for new installations – and are strongly recommended for all existing systems,’ he explained. ‘While the system as a whole is protected, more sensitive electrical items such as audio-visual, lighting dimming systems, organs and clock mechanisms, may want to consider extra protection.’

All CES Lighting’s work during the pandemic is being done using all necessary protection.